A mild climate, kilometre-long beaches, volcanic landscape – Tenerife is a popular destination für surfing and holiday guests who like to go swimming, hiking or do other sports. Luxury lovers have been rare until recently. However, since the beginning of 2018 the island has seen some changes.

The Spanish Barceló Hotel Group invested over 90 million Euros in the exclusive “Royal Hideaway Corales Resort” and enhanced the Costa Adeje in the southwest of Tenerife with a perfectly stylish resort: with pool suites, an elegant spa and a rooftop restaurant led by a star chef.

The new luxury hotspot is neatly divided into two sections: The “Corales Suites” are designed for families, because if you are travelling without children you want to enjoy your time at the pool undisturbed, while “Corales Beach” has 121 junior suites for adults. Therefore the “From 16 years” rule applies everywhere at “Corales Beach”, in the spa area, in the gym and in the signature restaurant Maresía. Families are still welcome – in “Corales Suites” there are family friendly suites with their own kitchen, private pools and on request with several bedrooms. Roughly half of the accommodation has a private, heated pool. Both areas form a harmonious unit both on an architectural scale and in their style of decoration!

In contrast to the numerous traditional luxury hotels on the Canary Islands, the Royal Hideaway Corales Resort captivates with a modern, fresh design: Inspired by the colours and shapes of the corals and the island’s landscape, the interior is characterised by clear shades, curved lines and creative décor elements. The rooms promote the summer feeling – after all, the entire hotel is facing the sea. However, the hideaway does not only excel on an architectural level. The resort offers its guests those special extras. There are evening massages at the private pool, a helicopter round trip over the island and Teide National Park, the chef cooks directly in the guest suites, amateur astronomers gaze at the wonderful night sky from Teide Volcano (3,350 m) or go on a private “Star Night Cruise”. Guests enjoy individual adventures thanks to the unique concept of tailor-made experiences.

The “Restaurant Maresía by Hermanos Padrón« on the roof terrace is the hotel’s culinary highlight. It was developed by the star chef Juan Carlos Padrón and his brother from the Canary Islands. While Juan Carlos plays the leading role in creating the main courses for the restaurant, his brother Jonathan devotes himself to the perfectly formed desserts. The Padrón brothers consciously use products from regional manufacturers to bring the visitors closer to local cuisine. You can delight in unique creations such as mussels on lychee vinaigrette, shrimps on tapioca jus, Canary Islands cheese-ravioli in lentil-aniseed-bouillon and lemon yoghurt with roasted chocolate, all with a breath-taking view of the Tenerife coast. The San-Hô restaurant is a further gourmet highlight offering a combination of Japanese and Peruvian cuisine, the so-called Nikkei cuisine. The Royal Hideaway Corales Resort sets new standards in culinary excellence on Tenerife. 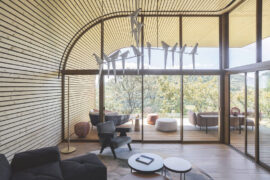 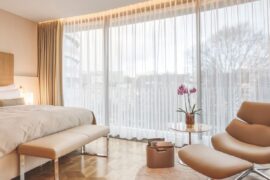 Return to a paradise in design 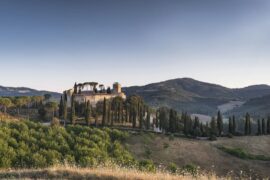