Perrier-Jouët – for more than 200 years, the champagne house has been standing for perfection, elegance and unconditional love for exquisite artisanship. The maison is synonymous with the making of great wines and the refinement of the Chardonnay grapes. The elegant and flowery flavour of the cuvées is their unmistakable hallmark. The same goes for the prestigious Perrier-Jouët Belle Epoque, whose bottles are engraved with the white anemone of “Art Nouveau” pioneer, Émile Gallé, based upon the close relations to the art scene.

The Michelin Guide has been awarding for not yet 200 years, but about 100 years already, its stars every year, thus acknowledging the extraordinary achievements of chefs all over the world. What once began as a repair shop guide for French motorists in 1900, is the red book most anticipated by chefs worldwide today. The Michelin Guide, which by now is published in various country versions, no longer deals with four wheels and their maintenance. The people responsible for the publication of the book in various country-specific versions decide every year on the excellence served in cuisines all over the world. Once a year, it is announced during a festive ceremony what stars are confirmed or whose magic cuisine may celebrate being awarded one or more new stars.

A new partner for culinary highlights

In 2022 the event for the publication of the Swiss Michelin Guide was held at the traditional École Hôtelière de Lausanne. The representatives not only revealed the secret surrounding the stars. They also announced that there will be a close collaboration with the French Champagne label Perrier-Jouët in the future.

We are standing for a community of passionate gourmets and friends.

One who is glad to be inspired by the excellence of Perrier-Jouët happens to be starred chef Stefan Heilemann. The chef at the traditional hotel WIDDER in Zurich not only is the brand ambassador of Perrier-Jouët, but he loves to refine his dishes with a drop of champagne. The «Heilemann’s poached Oysters x Perrier-Jouët blanc de blancs» is a real highlight served by the cook.

Here is the recipe from the Chef of the Year 2021 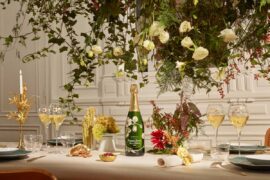 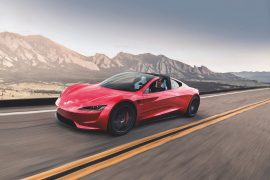 When the attempt is worthwhile