We Austrians know how it works!

The Central offers the guest a sparkling combination of international luxury and Tyrolean hospitality. Each room type surprises with a different style. Appreciated by James Bond and by demanding alpinists, the hotel Das Central – Alpine. Luxury. Life. is located in the heart of Tyrol, one of the highest ski areas in Austria, which also includes two glaciers. Sports fans, gourmets and connoisseurs are in good hands at the “Central”: The Ötztaler Stube was recently awarded the 3rd cap by Gault&Millau. You can also dine spectacularly at 3,048 meters above sea level in the gourmet restaurant ice Q. The “James Bond” location crowns itself among other things as the “highest hood restaurant in Austria”! If Daniel Craig had had time for this, he would probably have stayed longer to treat himself to a culinary highlight.

Sölden has shaped alpine cuisine like no other destination in the Alps.
The combination of haute cuisine and Tyrolean culinary culture has repeatedly won renowned awards for the only 3-bonnet restaurant in the Ötztal. 4 stars (91 /100 points) in the à la carte guide, 3 forks (92 points) in the Falstaff guide and above all the three toques (15 points) from Gault Millau – speak for the high quality that is offered to gourmet lovers of gourmet cuisine from all over the world in the gourmet restaurant Ötztaler Stube. The culinary delights are accompanied by over 30,000 bottles of selected wines from Austria and the world’s best wineries.

The extensive pistes extend over a total of 144 km. Skiers and snowboarders will find snow fun for all levels of ability in the multi-faceted World Cup ski area, as well as the longest downhill run in Austria at around 15 kilometres. 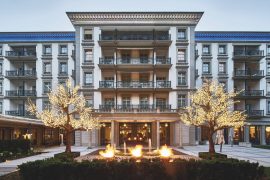 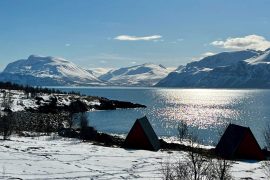