On the fast track to making it big

When his father was on detox, he sought refuge and found it in cookery books. At the age of 15 he opened his first pop-up-restaurant. Today at the age of twenty the only thing missing is a michelin star. Flynn McGarry is New York’s youngest prodigy cook.

Since it opened a year ago, everyone has been talking about the New York restaurant Gem. Back then, shortly before his 19th birthday, Flynn McGarry had the contract in his hands, however his sister had to sign it because you do not get an alcohol license in the USA at the age of 19. Since then every step he takes is followed with eagle eyes. „Everybody expected that I would fail.“, said McGarry in a documentary. And one of his chefs agrees with him: „They don’t want us to be this good, but we are anyway.“ Gastronomy is a hard business and in particular the New York market is highly competitive. Nowhere else do you find so many star chefs in one place. If you want to survive here you cannot afford to make mistakes. McGarry feels the pressure but says that nothing great has been achieved without pressure. A sentence that is characteristic for him.

McGarry works painstakingly, 16 to 18 hours a day. He blocks out any thoughts about enviers or hate mail. Some hold it against him that at the age of twenty he has achieved what others begin dreaming of at twenty. But they forget how long Flynn has been practicing his culinary skills.

When his parents divorced, his father went into detox. Flynn was lonely and quickly fed up with ready-made meals from the supermarket. He experimented his way through cookery books that were lying around the house. And all of a sudden he can’t think of anything else. Famous chefs become rock stars, who he adores. His obsession went so far that his parents built a kitchen in his bedroom on his insistence. And so it began, a tender ten years young, flambéing and caramelizing. His most expensive item was a 300 dollar sous-vide cooker, for which the entire family pooled together.

At the age of twelve McGarry began his career as a professional chef. While his school mates arranged to go to baseball games, the freckled redhead worked meticulously on recipes. He hosted dinners for family and friends, served several exquisite courses with ingredients that his peers could not even spell. As his mother then cannot afford to lug home heaps of food so her boy can perfect his skills, Flynn launches official pop-up dinners.

When he was only 15, The New York Times Magazine celebrated him as the discovery in gastronomy. The cover shows the boy wonder at work, highly concentrated. At the same time he opened his first pop-up restaurant, Eureka, in West Village. After one visit, journalist Christopher Noxon wrote for the New Yorker about moments when he thought: Damn, I have never had anything better than this in my mouth!

And now the Gem. Flynn serves most of the dishes in the same way as when he was cooking at home. A relaxed atmosphere is important, you should feel at ease when eating. A typical dinner in Gem consists of 12 to 15 courses, for which you should allow yourself two hours. The cost for the experience is 200 dollars. In New York you can easily spend the same amount on a meal or some other commodity, justified McGarry. When you read reviews from the patrons, you could trip on the superlatives, for example culinary discovery, explosive experiences. At the moment it does not look as if he could possibly fail …

Flynn McGarry is coming to Switzerland for the first time. As part of the Gourmet festival `19 the “culinary wunderkind“ will be cooking from 8th until 9th November 2019 on the Excellence Princess during a river trip from Basel to Strasbourg and back. For more information and tickets go to www.mittelthurgau.ch. 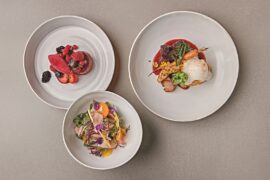 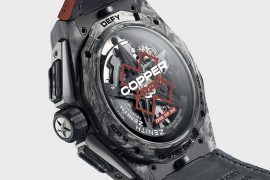 The Poetry of Fragmentation