“It is extremely cool here.” Clueso checking in at “Hotel California”

Pop Star Clueso (41), who became famous to the broader public through his collaboratin with Udo Lindenberg and Die Fantastischen Vier, on his James Bond “Album”, formatting his hard disk, his view of Zurich and his affinity for chilling in the bath.

You refer to «Album» as the result of your ambition to create your own James Bond. Which actor was your favourite, before you arrived?
(Laughs) What I meant with that statement was that I wanted to make a musical Blockbuster, which – like a Bond film – provided something for every taste. I still think Sean Connery is the coolest of all Bonds. Roger Moore was also cool, but he always had a touch of the granddad «fondling» the girls. In the old Bond films there were also other things that would be seen as no-gos today.
«Flugmodus» and «37 Grad im Paradies», the first songs on the album, elevate the listener. «Hotel California», like the Eagles title of the same name, deals more with the dark side of the American dream.

Which are the action scenes and which the love scenes on «Album»?
I have to think about that one … «Leider Berlin» and «Flugmodus» provide the action. We just finished playing the largest live concert in Germany, 7000 people were there. Without masks. The 2G rule or the 3G rule? I never know which one is which. (Laughs) In any case I noticed there that the public go crazy for the songs. The love scenes begin with «Sehnsucht …». I think it is beautiful story when we can generate a feeling chatting on a App, although all senses are removed. But that’s how we fall in love in 2021. The most intense moment is «Alles zu seiner Zeit». I wrote the song myself but cannot say when it happened or how. I only needed twenty minutes to write the lyrics.

A lot of hits are written quickly …
That’s a fable but it is true! Afterwards I looked at the wall and thought: «Cool that I was there!» (Grins) Now when I sing that song, the public are all ears. I love that. It is the only elegiac ballad on the album. I think about the question «What would be if …», because in my profession I get to meet so many people. Any one of them could become my friend or girlfriend.

«Flugmodus» and «37 Grad im Paradies», the first songs on the album, elevate the listener. «Hotel California», like the Eagles title of the same name, deals more with the dark side of the American dream.
It corresponds to what I have experienced in the music business since I was 19 and got a record deal. I have been offered everything that exists in the line of narcotics and stimulants, also from people who probably thought:«Now I’m going to get Clüsen wasted!» (Laughs) Fortunately as a child I found tablets and ate them. Afterwards I felt so awful that I stayed away from everything, except for smoking pot and drinking alcohol. Now and then I have even planned to reformat the hard drive. But otherwise I have always kept myself in check.

Anything else could cost you your career, or more.
In principle, however, I find both fascinating: When someone burns out like Jim Morrison and when someone is in complete harmony with himself like Sting. In Los Angeles I came into the studio where twenty rappers were hanging out in the vocal booths and forty cough mixture bottles were on the table. The guys were barely able to respond. The song is mainly about the fact that, if you are hurting, for example at the end of a relationship, you need a little distraction. Then you check in at «Hotel California».

In «Punkt und Komma» you realise from a distance that your love story at home has reached the final chapter. In «Alles zu seiner Zeit» you sing that you have never written a love story that ends well». How do you deal with that?
I am on the road a lot and my first love is music. That is difficult for a start. But I understand that people are incredibly interested in what is happening in my private life. However, I try to protect it. I do not talk a lot about it, I prefer to process it in my songs. The best are mostly autobiographical, because personal narratives touch you the deepest. I also find relationships that do not work more interesting. When I’m making music I am extremely fond of melancholy!

You are giving a concert in the Volkshaus on 31st January 2022. How well do you know Zurich?
A little. I still have to be driven around. I gave my first concerts in Kaufleuten. We were very torn because we were such an alternative clique and had to come to terms with the trendy types from Zurich. Then we were shown the club scene, which surprised us Thuringians a little. That must have been 15 years ago at least. It is extremely cool here and at the end of my promotional tour I have arranged to extend my stay by two or three days so I can go for some walks at the lake. I need that as the past few months have been flat out.

How do you spend your free time otherwise?
When I see a bath in my hotel room, I have to get into it. Even in the morning! Then I switch on the old series such as «Star Trek»; I don’t even have to watch just enjoy the mood, or I play music. I also love to go into the sauna. I even had one built in the studio, because it’s embarrassing when people recognize me and shout «Cello». Or I take my guitar and drone on a bit. For nobody. Music gets lost in noth-
ing. Playing is pure relaxation. 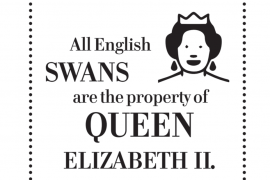 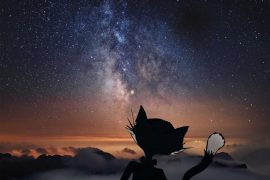 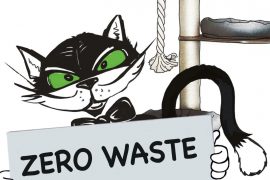