The enthusiastic man of action

The top ticino architect, Mario Botta (79), on his new construction of the oldest thermal spa in Switzerland, the Fortyseven in Baden, and the frequent controversies about his architectural style.

When you turned 75, you said you would leave the large party until your 100th birthday. But then you celebrated the completion of Fortyseven?
Mario Botta: Yes, because I consider it to be an important project – a project of maturity, not of age! (Laughs) It is important because it is not just any building, but the seam that connects the historical city and the needs of today’s society on one side and the geographical city with the thermal springs, the river and the hill of Ennetbaden on the other side. That is the accomplishment. Not the handwriting or the language of the building.

Did you book a hotel room for a few days in the spa quarter before planning the project, to get a feel for the situation?
Of course, but the concept of the new thermal baths did not emerge from one day to the next, it was a gradual process. It came from far away and took a long time. Somehow I am also happy that the project dragged on for such a long time. Because I had the chance to learn so much, it developed into a present to the city. Which is fitting, as the river, the countryside and the 47 degree water are also a present from the earth.

How did the project change during the 13 years?
It was never a self-contained cube, but always a hand reaching into the Limmat and serving the city. The thermal baths should not take centre stage. Only the materials and colours, which refer back to the warm, steaming water and the environment, have changed and enriched the concept. It is extremely satisfying for me, as the architect, when an idea, a utopia, becomes reality in this way.

The shell construction gave rise to fears that the thermal baths could appear too bulky for this location, but the final design widely dispelled those fears.
The architect did not think it up! (Laughs) We told ourselves we would create something that picks up the colour of the hill, the vines, the trees and the water.

Which criteria do the materials have to fulfil?
We not only tested how resistant they are when the guests visit the thermal baths, but also relating to the erosion and corrosion from the mineral-rich thermal water. That proved complex. The stone was sourced from near Verona, the maple wood from Europe.

A musician once told me, after he had just delivered a new album to the record company, that the previous night had been the most difficult time for him because he was constantly thinking about how he could no longer do anything to improve his work. Do you understand this sentiment?
Definitely, that’s why we continued to change something right through to the last minute! (Laughs) I asked my colleague to remove several pieces of furniture indoors so the area would appear more spacious.

Are you someone who takes a bath or goes to the sauna?
Normally I don’t but I do think it is great when others can enjoy it. I get short of breath when I’m up to my ankles in water! (Laughs) But it is not really a prerequisite. I have also designed banks although I am not a banker, and churches although I am not a priest … The architect has to understand and correctly interpret those availing of the building.

What is in your opinion the greatest challenge of modern architecture?
The question is: What do people need and what damages them? What contribution can architecture make in our culture to provide a zest for life? In particular in these times of the corona virus, in which we also have to recognize the drastic consequences arising from climatic changes and that nature will not fix these unless we finally take action.

How ambitious are you to create buildings that endure for centuries?
For me it comes down to fulfilling the needs of the people and the location. It is neither my intention to warm up what other architects have done in the past nor to anticipate the future.

Has one of your buildings ever been demolished?
No, they are not old enough yet, although the rectory in my home village of Genestrerio, near Mendrisio, which I designed when I was 18, is already over 50 years old. But it has thick walls and is also in other respects very solidly built. It will certainly outlive me!

Your buildings often trigger controversial discussions. Is it your intention to provoke?
No, I never intend to provoke – I simply follow my intuition. Initially there were discussions about the Fortyseven but in the meantime I think I can claim that 90 percent of people are happy with it. At any rate I get a number of letters saying «Thank you for what you have created » or «The river finally belongs to the city ».

Where do the differences of opinion that your designs seem to trigger originate?
Architecture is difficult to sell to the public. It is not the same as a completed picture which you can judge. When it is built, it wants to be lived, day and night and every season. But it is true that a number of my buildings, in particular churches, have provoked strong reactions, but they are now on placards and attract tourists! It is a paradox: What was once damned is now revered.

But if a project is not discussed it is also uninteresting, isn’t that right?
Sure, no one would have talked about a normal building. But these thermal baths are not a banal construction. They come from far away and have their own story. Unfortunately politicians often lack the courage to give due consideration to heritage and culture. They avoid the risk. They accept that the cities are becoming increasingly more similar and uglier.

More and more high-rise buildings are being built because building land is scarce and expensive. Do you consider that a good idea?
No, compact building may be necessary, but I think that extreme vertical buildings inflict a force upon people. Why should I work in an office on the 200th floor, if I could also sit in the garden with my Notebook?

Then the home office is the solution for space problems?
Living should be linked to relaxation. When I am tired I want to go home because it is a place of love, family, community and the meeting of young and old – and not work. The pandemic was a temporary phenomenon that forced us to severely restrict personal contacts. The technical, virtual connection was supposed to be just a tool and not the goal.

Your three grown-up children all work in your architecture office. Why are you no longer sure that it was a good thing that they also studied architecture?
It is great for me, but for my daughter and both my sons? They certainly have the passion; however you need potential investors to realize major projects.

Did any ideas from your children flow into Fortyseven?
Not directly, we do discuss things together but decisions on which changes and corrections to make to my original plans are primarily made in conjunction with the project management during implementation. Architecture is always a collaboration.

The Accademia di Architettura in Mendrisio, which you initiated and influenced, had its 25th birthday last year. Are other values taught there than at the ETH or EPFL
Yes, I believe that we have a different approach. A prospective architect today requires more education in the social sciences than in technology. The university has to deliver ideas and promote critical awareness. In this way they also employ professors who are not architects: philosophers, economists, historians and neurologists. In the other universities the technological approach is dominant, which is, of course, also important.

How do you find the name «Fortyseven» for thermal baths in German-speaking Switzerland, in which the ancient Romans bathed?
I find it beautiful. Sure, it is in English but the number is magic, as it does not designate the baths but the temperature of the water that comes from the earth.

Mario Botta was born on 1st April 1943 in Mendrisio. Following his apprenticeship as a structural draughtsman, he studied architecture in Venice and worked during his studies on the local new hospital building for Le Corbusier. The Ticino architect became self-employed in 1969 and developed his unique style, a mixture of simple, round and square geometric shapes and solid structures and materials. His most famous works in Switzerland include the churches in Mogno and on Monte Tamaro, the Banca del Gottardo in Lugano and the UBS and Tinguely Museum in Basel or the Centre Dürrenmatt in Neuchâtel. Last year both the spa thermal baths Fortyseven and the ice hockey arena for the HC Ambri-Piotta by Botta were opened. 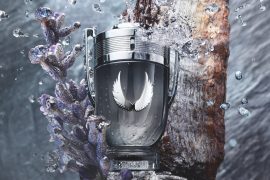 Legendary on a new level