“I wanted to give the world back an important cultural asset – not in a museum, but where it belongs: in the skies.“
Dieter Morszeck, CEO & Owner Rimowa

The pioneering stages in aviation history stretch back to over 2000 years ago to the kite, the first flying apparatus made by man, and to Greek mythology, which expressed the dream of flying in figures such as Daedalus and Icarus. During the Renaissance Leonardo da Vinci designed diverse aircraft, including a helicopter. None of these models would have been able to fly, but the creative approaches and in particular the engineering methods had pioneering quality.

In 1919 a small six-seater passenger aircraft took to the skies for the first time, revolutionising aircraft construction and laying the foundation stone for modern air traffic – the Junkers F13. The German entrepreneur and engineer Hugo Junkers designed and created this self-supporting low wing aircraft, which boasted low fuel consumption and low maintenance and was safe, comfortable and durable. The F13 was put into action in almost every country in the world. But what happened to the 348 icons? There are four models in museums and a new one has been given wings by Rimowa and Dieter Morszeck, who followed and encouraged the reconstruction.

Rimowa is originally a traditional, established company from Cologne producing premium polycarbonate and aluminium luggage. The aluminium component is decisive for the production of the Junkers F13. The aircraft and Rimowa luggage have an iconic grooved design – a trademark from the 50s with a high level of recognition. The reproduction of the F13 took three years and finally took to the skies on 15th September 2016, because it was never meant to be as a museum exhibit. The plane can be ordered from the range.

„The reproduction of the ‚original mother‘ of all commercial aircraft has been my dream for some time and I am happy that it has finally become reality “, states Dieter Morszeck in an interview with us.

“It all began with the Junkers F13, this aircraft made it possible to discover new worlds and to broaden our horizons, it was time to revive it, to scale new heights and to make new perspectives possible. § 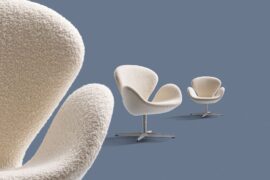