SOUL SINGER SEVEN (38), WHO HAS BEEN FIRMLY ESTABISHED IN THE SWISS MUSIC SCENE FOR YEARS, MADE HIS BREAKTHROUGH IN GERMANY IN 2016 IN «SING MEINEN SONG – DAS TAUSCHKONZERT» AND ON TOUR WITH THE FANTASTISCHE VIER. THE NEW ALBUM «4COLORS» SURPASSES EVEN THE HIGHEST EXPECTATIONS.

It was evident from an early stage of his now 15 year-long recording career, that Jan Dettwyler alias Seven, from Aargau, attached more importance to content and style both in his albums and his concerts than most of his musical competitors. He does not focus on short term success but on quality and self-fulfilment. Like his inspiration, Prince, he is less concerned with a hit single and more with the convincing piece of art. In an era, in which legal and illegal downloads of individual songs supercede the classic albums, he presents in «4Colors» an ambitious concept album instead of a mainstream CD, which would have been a safer option to keep the captured television audience on board.

«The crux of the matter was that I wanted to make four albums because I had four stacks of different new songs on my table, but I knew that the scale of that workload proved impossible and would be completely daft», Seven remembers. He suddenly realised: «Hey, there are actually four music styles, four moods, four colours. So I‘ll make an LP from four EPs – as we used to call the small albums.» The solution to his problem gave him both the concept and the title. He composed a film music intro to each piece, which he recorded with the Arts Symphonic Orchestra in London.

«Blue is melancholia, cold, electronica, Iceland, maybe a tad of Björk», the musician begins to tell what the colours represent and demonstrates with an image overload. «Yellow is for Soul, community, late summer evenings at half five, the sun shines transversely into the city, then a bit of Neo-Soul, Badu and D’Angelo. Red is repetitive, the aphrodisiac of the 90s-R&B. It is quite clearly late at night, with a dancefloor and smoking is permitted! (laughs) The last four songs are purple and reflect Funk. A homage to Prince, although that sounds a bit megalomaniacal. I only though of that – honestly! – at a later stage.»

Seven has been working with ex-Prince keyboarder RAD in his band for three years, a musician who would have used her power of veto if she hadn’t thought that the genius up on his cloud, who died too early, would have approved of numbers like «Partytown» or «1978». The opportunity to get RAD on board arose when the American musician and her German husband moved to Constance, when her child began school. Seven called RAD and invited her to a session in a rehearsal room in Zürich. «We played a few songs that we were both familiar with. After «I Can’t Make You Love Me» from Bonnie Raitt we just looked at each other and have been inseparable on the stage ever since. It was musical love at first sight!»

Seven‘s love of his wife Zahra and his seven-year-old son has not suffered due to his success in Germany. «I perform three times more than I used to and usually don’t come home after concerts, but I devote three days completely to my family if I have been away for five», says the singer, who broaches subjects such as transcendence («Zeit», feat. Thomas D), military tanks («Die Menschen sind wir», feat. Kool Savas) and pain («Thank You Pain») on his new album. «Today we are always in mode: We look good, are happy, healthy, sporty, in love, successful and ultra-busy», explains Seven. «I feel we should just once say thank you to pain, because it forces us to change something in our lives, to progress.» 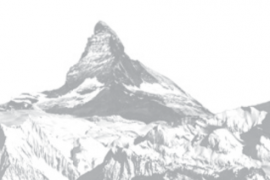 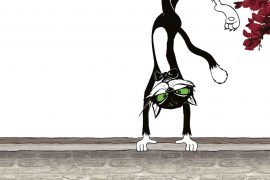 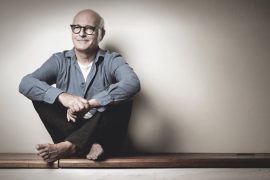