In 2009 Porsche presented the Gran Turismo Panamera, the first series-production, four-seater model in the company’s history. 12 years later it is clear that it was worth taking the risk.

Almost a quarter of a million models sold, that figure sends out a clear message: the last attempt was worth it. When Porsche presented the Gran Turismo Panamera in 2009, some fans were not immediately enthusiastic. A saloon with a large boot and space for 5 people? This type of model was hardly entitled to bear the Porsche name. Porsche and especially the Porsche 911 are synonymous with two-seater sports cars – emergency seats are not really seats. And you also do not really need a boot; the PS concealed under the bonnet makes it possible to travel around half the world in just one day.

Nevertheless in 2009 Porsche were ready to go into series production. With a model that combined the performance of a sports car with the luxury and variability of a travel saloon. And because it was unusual, no effort was spared in the presentation. Media from all over the world arrived on 19th April 2009 at the 94th floor of the World Financial Center in Shanghai to celebrate the premier of the Panamera. The ride in the elevator, in this case up to 400 metres high, took only one minute. No one could have guessed that for several hours that day more than 60 employees had taken the car up in the same elevator in an upright position and using whatever means necessary, even a sleigh.

Dr. Michael Steiner, Porsche director for research and development and at the time first series director for the Panamera made the statement, based on Wiedeking‘s height and his firm objective that the Panamera should not be longer than five metres, but should still provide the absolute maximum space:

When things do not always work out on the first go

G1 is the internal name for the first Panamera model, of which ultimately over 161, 000 models in total were sold worldwide, before the model gained a successor. Incidentally, the G1 had diverse predecessors that however did not make it past the «prototype» status. The concept «A Porsche for four» appeared for the first time in the 50s. Based on the 356, a car was created that had an elongated wheelbase, enlarged doors and a raised roof at the rear. The 530 was however abandoned again quickly to create the roughly 250 mm extended 928 about 30 years later, which Ferry Porsche received as a present on his 75th birthday and which he drove with passion, fast and frequently. It however did not make it to the shops, just like its successor, the 989. The high development costs brought an end to the project of the four-door Porsche for the time being. But, as is well known, hope dies last.

When giving up is not an option

At the beginning of the new millennium a decision was made, after thorough market research, to begin again. This can be merited not least to the fact that Dr. Wendelin Wiedeking, former chairman of the board of management at Porsche, again deliberated on a Porsche with four seats. An anecdote on this subject from Dr. Michael Steiner, Porsche director for research and development and first series director for the Panamera: „It is actually true that Dr. Wiedeking often took a seat in the seat boxes and later in vehicles during the construction stage, generally in the back. He asked for as much room there as he considered being appropriate for his size. Sitting in the back was a completely new experience for us all. Dr. Wiedeking even commissioned that a report be written to him from the back seat to see what it felt like. These experiences were highly beneficial for development. We came to appreciate that four people could sit in the car and could talk normally at an extremely high travel speed. The comfort of the Panamera at high speed was phenomenal.“

When the best three elements transform into just one car

In the end the three concepts for the first series production, 4-door and seater from Porsche were named: Mirage, Meteor and Phantom. The objective was to create a hatchback saloon that would  captivate with driving dynamics and space, but is fully entitled to bear the «Porsche» logo. Michael Mauer, manager of Style Porsche, remembers: «We wanted to construct a four-seater sports car with an aerodynamic roofline, large tailgate and hatchback.» And true to the motto «Three become one » the best elements of the three concept models were combined to form one complete work and it was given the name «Panamera», derived from the Mexican long-distance race «Carrera Panamericana», in which only 5-seater saloons are allowed at the start.

When sporty does not rule out ecological

To date the Panamera has sold around a quarter of a million times. Not only the G1 model had numerous descendants, in 2016 a completely revised model generation came off the production line. Even more sporty and elegant, but no less Porsche. Because even if a Panamera feels like a powerful fellow with dimensions that should not be underestimated – especially when parking in a tight underground garage space – it is and remains a sports car. And even if it no longer lives on petrol, but is en route as a hybrid. Porsche describes it as a «unique symbiosis of contrasts». In combination with the 136 PS electric motor as well as the eight-speed dual-clutch transmission of the Panamera, the 4S E-Hybrid with its V6-biturbo aggregate of 440 PS yields an overall performance of 560 PS. It cannot be claimed that sports car, saloon and electro–model are mutually exclusive.

When sporty remains the benchmark

The Panamera models – both hybrid and non-hybrid – are now produced in Leipzig and it is certain that the first fully electric compact SUV will celebrate its birthday there in this decade. However, at the same time Porsche remains synonymous with PS and sportiness. «We are consistently progressing on the path to integration », claims Albrecht Reimold, director of production and logistics at Porsche AG. «The expansion gives us the chance to produce petrol, hybrid and pure electric vehicles on one line in the future.» And therefore the Panamera will also become a little stronger with each model. 700 PS is currently the measuring line and no one asks anymore whether the Panamera really deserves the Porsche name. It does deserve it – in the fast lane. 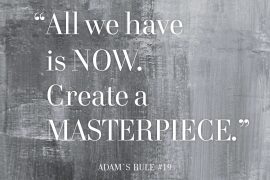 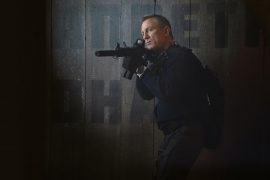 Daniel Craig – The best Bond ever

Resurrection of a Legend